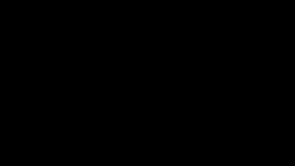 This was one of those last-minute unplanned experiments that turned out pretty nice. I have a friend who had just ended his therapy at Dr. Matthew Galumbeck‘s clinic and he’s never had any video of the place.

I decided to shoot some stuff with my Canon 7D and Glidetrack and see if I could throw something respectable together in a few hours.

Towards the end of 2014, fans of the Canon 7D were finally given the news they’d all been waiting for – the release of the Canon 7D Mark II. With five years separating the original from its upgrade, the Mark II offers a host of new and improved features over its predecessor. In particular, a number of upgrades to its video recording function made the ears of keen videographers prick up, so it was great for all those photographing sport people or even pilates classes where they use equipment as a pilates ball amazon, taking advantage of the movement capture capacity of the camera.

I got some really nice tracking and sweeping shots with this setup. In fact, every single shot in this video has some GlideTrack element in it. It’s a great tool for video.